IT ALL STARTED IN MEXICO

IT ALL STARTED IN MEXICO

It is well known how difficult is to set up a new business, especially in Spain.

After several years of hard work building up the first stages of the PETER Divingenterprise, José Escaño (CEO PETER Diving) decided to travel to Mexico together with two of his good friends – Luís and Juan -.

They mainly wanted to meet the Mexican native culture and experience the rich natural environments found along the Pacific coastline, and José needed to get his mind off the business to come back with some fresh air and look to the PETER Diving project with a renewed perspective.

At the same time, World Traveler Poema Duprel happened to be discovering the Pacific coast of Mexico with her friend Maeva and her brother who casually was together with Paula, another Spanish.

As it was low season and its remote location, the little settlement found in the stunning and pristine National Park Lagunas de Chacahua had very few foreigners staying there.

When the Spanish group arrived to the Isamar house and after popping the first beers open it was when the French Polynesians hit the same hostel. The two groups joined together for a sunset drink.

This was the first time that José met Poema Duprel. Not only these two but everyone in the encounter clicked. In that moment, Poema and José arranged an early yoga practice near the lagoon to be followed for their first surfing session.

All relaxed together at the beach, ate fresh fish and fruits, surfied and drank some beers, tequila and mezcal some of the nights. They realised they had one of the typical “travellers bond” that can appear after a few days sharing good times. 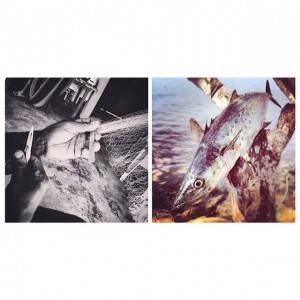 Surprisingly, one group bumped to the other two more times while travelling around the Pacific coast, but much even more shocking – back in Mexico Federal District where more than 25 billion people live!

This was a clear sign for what would come next.

For now we will only tell you that a PETER Yacht Carbon Kit is on a package flying with DHL Express to Fakarava, where Poema is waiting for it.

We will soon present you PETER Diving’s new brand ambassador…